Antonio Corrao was born in 1934 in Palermo. Inspired by his father’s passion, who owned one of the most prestigious jewellwey shops of the town, as a young boy he decided follow his footsteps. He started his carrear as a jewellery representative for a very well known wholesaler in Sicily and in 1967, at the age of 33, he established Corrao Gioielli. Along with his family, he moved to Valenza, the heart and soul of high-end Italian jewellery, and there he opened a representative office and a goldsmith shop, where each collection has been manufactured ever since.

Throughout the years, supported by his strong team, he was able to develop a widespread sales network in Italy and in the United Kingdom.

Today, after his death in 2007, Giovanni, Concetta and Cristian and their sons, continue with the same passion and dedication as their father. 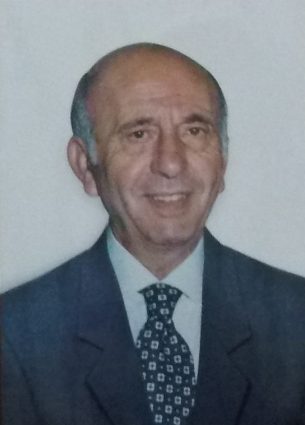 Giovanni, Concetta and Cristian Corrao with a strong and very skilled team of CAD designers and goldsmith artisans, manufacture and give life to jewels that combine techniques from the past and innovation from the future. Each piece is strictly manufactured in Italy.

The company is well organised to meet each individual request of bespoke manufacturing, and guaratees to its customers a fast and high quality service by using cutting edge jewellery production equipment such as a NCC lathe machine specifically design to process gold and platinum.

The company sources with utmost care any production material used and carefully selects its suppliers.